Iran Travel Guide and Tips for Travel to Iran

A trip you will enjoy. We promise you will have a lot of stories to tell when you go back home, since most people find Iran different to what they expected. You will even enjoy Iran’s imperfections. In order to have a trouble free travel to Iran we strongly recommend you take time to study this Iran travel guide page.

Iran is a remarkable travel destination, it is so diverse in many aspects that almost anybody will love An Iranian travel. History lovers will find it hard to get enough of Iran, Architecture lovers will have a hard time choosing which cities to visit, nature lovers can enjoy the snow in one day and the sunbathe the next day and cultural lovers surely come back again and again
Iran has preserved its cultural routes and yet integrated them with modern aspects in big cities. If you’re a fan of a completely traditional or even rural life style, you can try our nomad tour, that allows you to live the life of Iranian nomad for several days. If you prefer fully equipped hotels for your stay, Iran also offers that. So don’t worry about your accommodations.
Iran’s image from abroad is quite different to what is really felt in Iran. Iran is very safe and in complete peace. Many tourist are surprised to find Iran in such tranquility. Many tourist specially their families back home have doubts before traveling to Iran but after their trip they are very glad they came. Tourist are highly respected and taken care of in Iran. Many tourist are also surprised with the number of people who can speak very good English.

Essential advice prior to Travel

The first most important factor concerning Iran travel is Iran visa. The second very important issue is money issues. Another fact about Iran that you may have noticed by now is that, you cannot book hotels or transportation tickets from outside Iran. Iran traveling center and other agencies can do your reservation prior to your trip, which we strongly recommend if your planning to visit through high seasons. Another issue that is important is hijab for woman and the dress code for men.

Its also very important for you to be completely aware that Iran has no connection financially to other countries. Transactions are possible, but it is very expensive to send or receive money in Iran currently, in case of emergency it is always possible. But you should bring all the money you will need throughout your trip with you. Credit cards do not work in Iran, you cannot purchase anything with your credit card. So please try to calculate correctly, so you can have a relaxed trip. We have currency exchange shops in city centers but you may not be able to find them on every corner. Shops may exchange for you but its safer and cheaper to have Iranian Rials with you. So please be aware of this fact, especially if your going to spend time in the country side. Not all currencies can be exchanged with reasonable prices in Iran. Try to travel with international currencies. If not you may be forced for exchange on unreasonable exchange rates. American dollar, European Euro, English pond, Canada dollar, Australia dollar, Swiss Frank, Turkish lir, Saudi Rial, Chinese Yuan, Emirates Derham, Japanese Yen are among currencies you can exchange easily, but small exchange shops may only exchange limited currencies. American dollar and European Euro can be exchanges every where.

Islamic republic of Iran, has regulated hijab compulsory for Iranians and all foreigners who enter the country. regardless of their religion, foreigners are expected to have hijab. Very simply said the notion of hijab is to cover a woman’s beauty from whom is not close enough to see the beauties. This means covering your body skin except your face, hands and feet up to the ankles should be covered and your clothes should not be tight. But don’t be scared, its not that tough or strict. A normal long sleeved cotton loose blouse that covers your hips and doesn’t have an open neck line is completely fine. a pair of non-tight pants that covers your legs and ankles is fine. you can wear long, non tight skirts also, but since you have to be careful of your skin not showing while sitting and standing, we recommend trousers. Your hair should also be covered, as long as you have a scarf on your head its acceptable. You dont have to tie your scarf , you can just keep it hanging on your head. Although it may seem very inconvenient in spring and summer, it can be very suitable for the strong sun throughout the day. Please try to bring cotton or non-plastic fabrics cloths, if your traveling to Iran in warmer seasons, we would recommend light colors which are cooler. Specially for the scarf try not to bring slippery fabric, since it may fall on your shoulders frequently and become annoying. For the men shorts are not acceptable, please bring trousers that cover your legs up to your ankles. Choose shirts and blouses that have sleeves, short sleeve is okay but sleeveless is not okay. We recommend cotton non-plastic fabric with light colors.

Routes and locations you can visit

Tourist are not limited to specified locations or routes. As any other country military locations are off limits-even for Iranians- but besides those, you can visit almost anywhere in the country. You can walk through the busy down town freely and visit the various natural beauties all over the country without any restrictions. But since Iran is a very vast country, there are areas-very few- we would not advise for anyone to go alone, even for Iranians, gladly those areas are not on usual routes. If you’re an American, Canadian or British citizen you are obliged to be accompanied by a certified tour guide at all times. This law is strictly practiced to do not plan otherwise. Your guides will be usually very helpful and will accompany you even outside tour routes.

Iran has very good country side roads. The main routes of the country are highways, secondary road are usually asphalt too but there are still small villages that don’t have asphalt roads. There are all range of vehicles available for traveling between cities, try to choose new cars or buses since older vehicles have higher accident rates. In Iran driving is a bit different, if you get the hang of it, its quite easy but it’s a bit scary at first. If you wish to drive your own vehicle into Iran, you may be subject to Iranian customs and other regulations. There are special requirements for travelers wishing to bring motorcycles into the country. Contact the Iranian authorities for details well before you travel. Although traveling by road is a bit time consuming, the country side is beautiful and worth the time.

Iran is a vast country and if you plan to visit once and try to see the most of the country, air travel is the most convenient option. Air travel is relatively cheap in Iran. But due to international sanction on air fare, air lines don’t have the newest airplanes in our air fleet, but maintenance is taken very seriously. In the recent few year several private new airlines have also been established which has even made air travel easier and safer. Budget air lines are still do not exist in Iran, last second tickets are the cheapest available, if any. On week days( saturday to wensday) last minute tickets can be found, but close to public holidays and week ends tickets can reach up to triple their normal prices. The best way of assured air travel is to book the ticket prior to the date, especially in high season. At Iran traveling center we can book your tickets prior to your visit with very reasonable fees.

Why Go to Iran?

Iran is located in southwestern Asia, largely on a high plateau situated between the Caspian Sea to the north and the Persian Gulf and the Gulf of Oman to the south. Its neighbors are on the north, Azerbaijan, Armenia, and Turkmenistan; on the east, Pakistan and Afghanistan; and on the west Turkey and Iraq. The capital is Tehran and other main cities are Shiraz, Isfahan, Mashhad, Tabriz and Ahvaz.Iran’s central plateau is surrounded by several tall, heavily eroded mountain ranges, principally the Alborz Mountains in the north and the Zagros range in the west and south. The arid interior plateau contains two remarkable deserts the Kavir-e-Lut or the Lut Desert, and Kavir-e-Markazi or the Central Desert. Iran’s climate is one of extremes, ranging from subtropical to subpolar, due to the extreme variations in altitude and rainfall throughout the nation.

3. The Growing Tourism Industry in Iran:

Moreover, Iran is one of the most important countries in Middle East and with old history, kind and hospitable people who always welcome foreigners to their country, to their home…
Before the Iranian revolution, significant numbers of tourist traveled to Iran and the tourist industry was growing due to diverse attractions, cultural authenticity and a various beautiful landscape suitable for a range of activities. Tourism declined after the revolution and again during the Iran–Iraq War in the 1980s the declines were dramatic.
In 2011, the industry showed growth and foreign tourists reached 3 million. The economic conditions the which caused devaluation of the Iranian Rial in 2012 also caused a higher number of tourists visiting Iran.

Iran is not the only place that tourist visit while traveling to this part of the world; rather it’s one of their destination! Yes, most tourists visiting Middle-East have stop by at other countries too. Like Turkey, Georgia and Azerbaijan on the West, Turkmenistan, Uzbekistan and Tajikistan, India, China or Mongolia.

When to Go to Iran?

Iran is 4 season country with very moderate weather in most months. In summer the weather is hot in southern cities, on the other hand you will enjoy the weather in North West and northern cities. Iran ski season from December to early April is also popular time for ski lovers.

Where to Stay in Iran?

By having a look at our Iran hotels information page, you can choose the best of Iran hotels for your accommodation:  Hotels

5% Discount on your travel insurance iati

In 2011 it became compulsory to have travel insurance to get a visa to Iran. When looking for your Insurance, make sure Iran is actually covered. Your insurance policy must clearly state that it is valid for Iran to be accepted by the immigration officers.

Please send your request based on your interest! 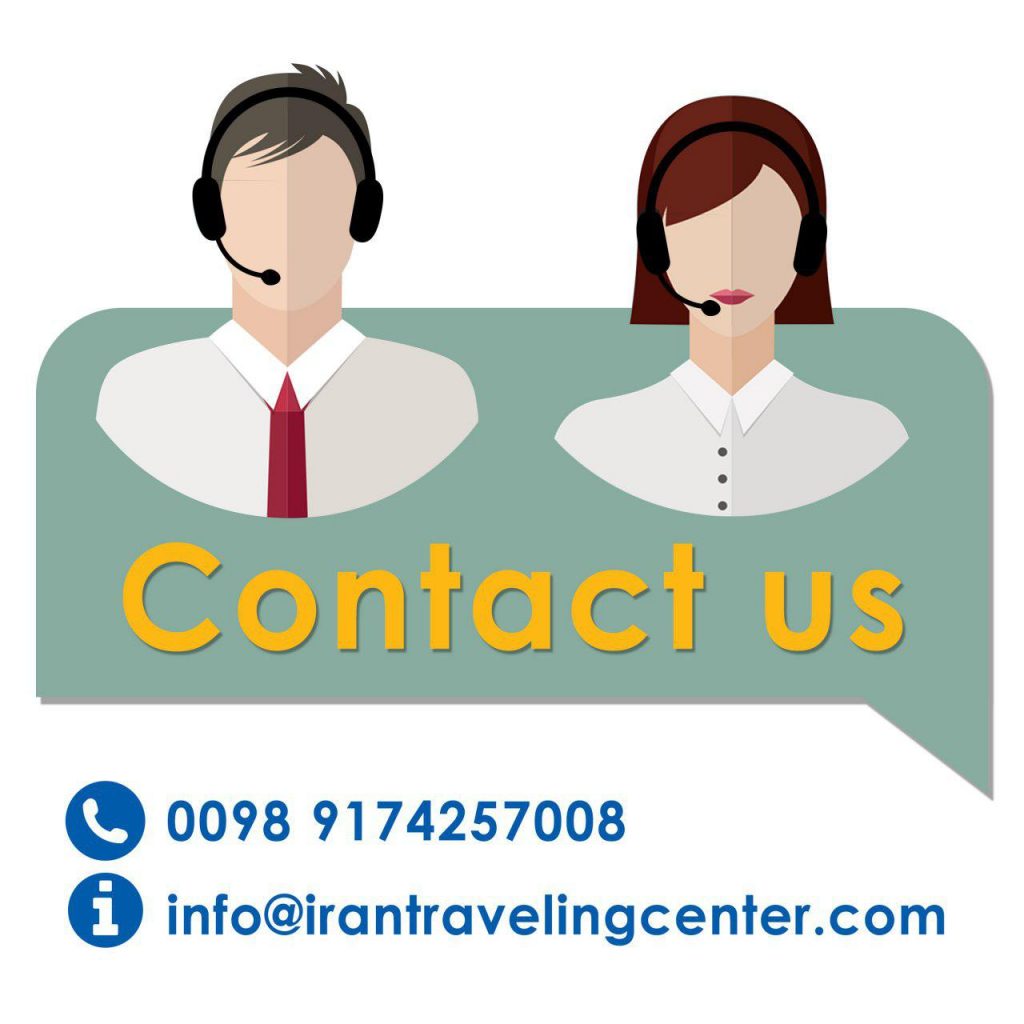