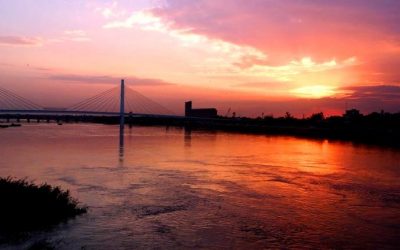 Iran has one of the highest urban population growth rates in the world. From 1950 to 2002, the urban proportion of the population increased from 27% to 60%. Here is most six major cities of Iran; Tehran, Mashhad, Karaj, Isfahan, Shiraz and Tabriz. The United Nations predicts that by 2030, 80% of the population will live in urban areas.

Most internal migrants have settled near the cities of Tehran, Isfahan, Ahvaz, and Qom. Tehran, with a population of 8.2 million (2012 census), is the largest city in Iran and is the nation’s capital. Tehran is home to around 11% of Iran’s population. It is the hub of the country’s communication and transport networks.

Iran Cities Daily Tour is an available in major and small cities around Iran, you can send your request and start your Iran City Daily Tours whenever you want. Iran is 4 season country with very moderate weather in most months. In summer the weather is hot in southern cities, on the other hand you will enjoy the weather in North West and northern cities. Iran ski season from December to early April is also popular time for ski lovers.

Are you interesting in Iran Highlights Tour? Book your tour now or ask your question here.