The history of Iran, persia was the old name of Iran, is intertwined with the history of a larger region, since through out time the boundries of the country have changed.

The southwestern part of the Iranian plateau participated in the wider Ancient Near East with Elam, from the Early Bronze Age. The Persian Empire (Persia) proper begins in the Iron Age, following the influx of Iranian peoples. Iranian people gave rise to the Medes, the Achaemenids, the Parthians, and the Sasanians during the classical antiquity.

Once a major empire of superpower proportions, having conquered far and wide, Iran has endured invasions too, by Greeks, Arabs, Turks, and Mongols. Iran has continually reasserted its national identity throughout the centuries and has developed as a distinct political and cultural entity.

Iran is home to one of the world’s oldest continuous major civilizations, with historical and urban settlements dating back to 4000 BC. The Medes unified Iran as a nation and empire in 625 BC.[4][4] The Achaemenid Empire (550–330 BC), founded by Cyrus the Great, was the first of the Persian empires to rule from the Balkans to North Africa and also Central Asia from their capital in Persis (Persepolis). They were succeeded by the Seleucid Empire, Parthians and Sasanians who governed Iran for almost 1,000 years, and would put Iran once again as the leading powers in the world, only this time amongst their arch rival, the Roman Empire and the successive Byzantine Empire.

The Islamic conquest of Persia (633–656) ended the Sasanians and was a turning point in Iranian history. #Islamization in Iran took place during 8th to 10th century and led to the eventual decline of the Zoroastrian religion in Persia. However, the achievements of the previous Persian civilizations were not lost, but were to a great extent absorbed by the new Islamic polity and civilization.

After centuries of foreign occupation and short-lived native dynasties, Iran was once again reunified as an independent state in 1501 by the Safavid dynasty which established Shi’a #Islam as the official religion of their empire, marking one of the most important turning points in the history of Islam. Functioning again as a leading power, this time amongst their Ottoman arch rival for centuries, Iran had been a monarchy ruled by a shah, or emperor, almost without interruption from 1501 until the 1979 Iranian revolution, when Iran officially became an Islamic Republic on 1 April 1979. 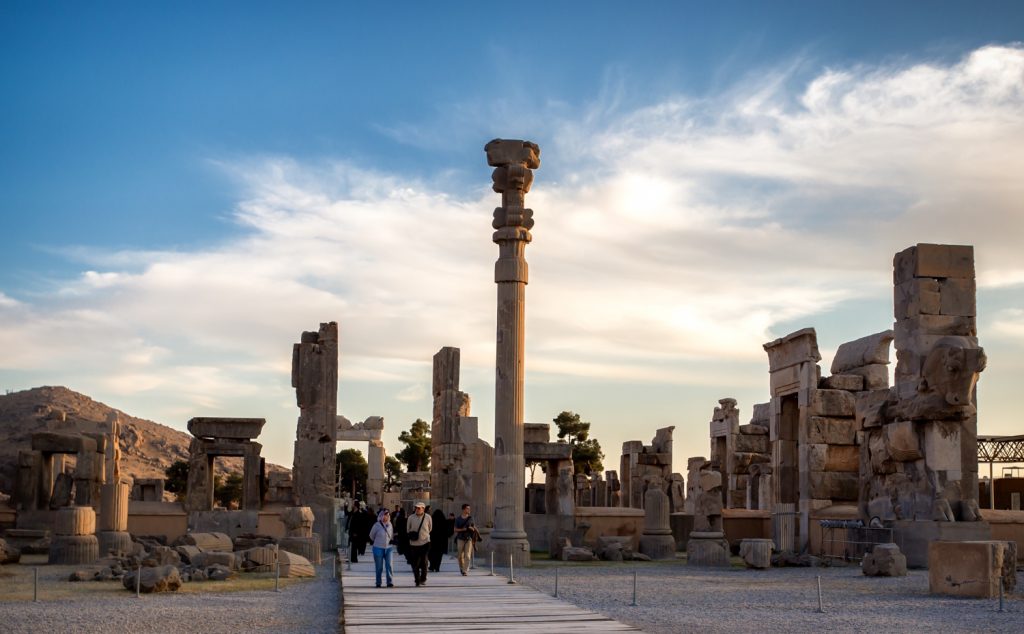