Iran is situated in a high altitude plateau in south-western Asia surrounded by connected ranges of mountains. Thanks to it’s location, special variety of flora and fauna kinds are recorded in Iran; which are unique in arid areas of Eastern Hemisphere. Two well-known deserts of Iran are:

1. Dasht-e Kavir: Or Great Salt desert; is located between Khorasan, Semnan, Tehran, Isfahan and Yazd Province. It is the largest desert in Iran, spread from Alborz Mountains to the Central plateau and north-west of Lut Desert. Dasht-e Kavir is covered by sand and pebbles in most parts. The weather is exposed to strong winds and storm. 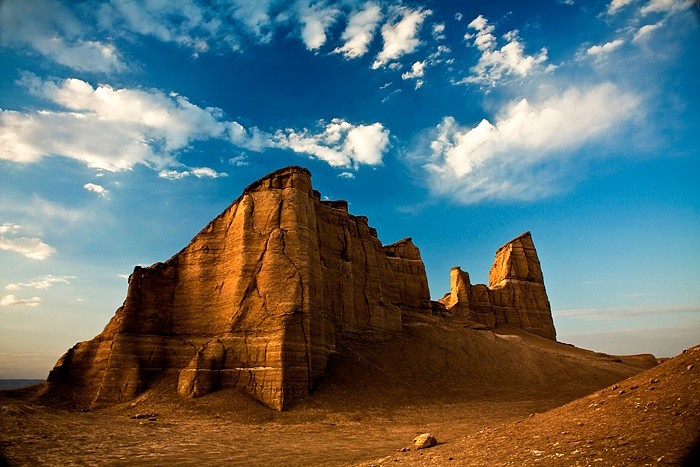 Deserts of Iran are the most arid and hottest areas of the country and a part of Lut Desrt is world-famous to be the hottest area! They stretch across the plateau; approximately one-sixth of the total area of Iran is desert. In general both deserts have strong sunshine, very little humidity, limited rainfall, very hot weather in summers, cold and dry weather in winters… In other words, the ecological conditions of Deserts of Iran are so severe in a way that they are not tolerable either in summer or winter.